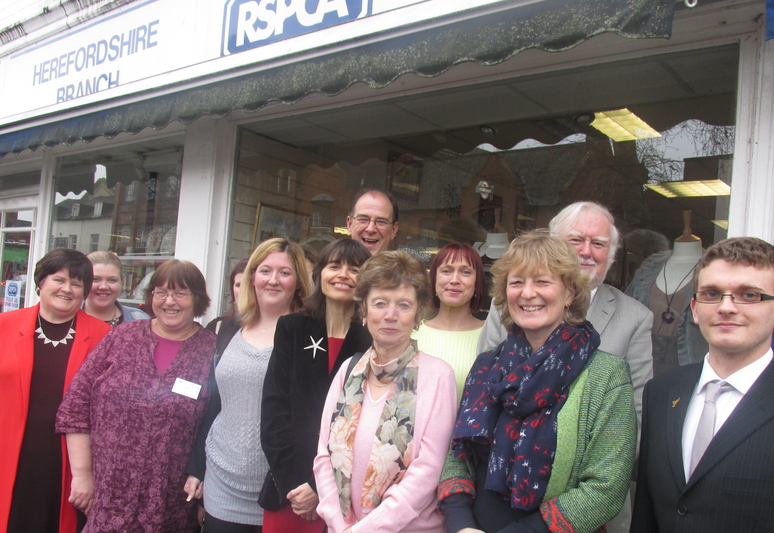 On Friday, we welcomed Baroness Parminter of Godalming as our latest guest to support the campaign in Herefordshire.

As an experienced campaigner, Kate Parminter, gave the meeting a fascinating insight into her work with the Campaign for Rural England and the RSPCA. Since entering the House of Lords, she has spoken on Dept of Environment, Food and Rural Affairs issues for the Liberal Democrats and has worked closely with Roger Williams MP (Brecon and Radnor).

She answered a wide range of questions on environmental and rural issues including bees, sustainable energy, farming, land protection and how local retailers can support local environmental charities and groups as a result of the 5p levy on plastic bags, due to come in this Autumn, which Liberal Democrats have championed in Government.

She later visited the RSPCA Herefordshire Branch shop where she met staff, volunteers and supporters. She then travelled on to Liverpool for the Lib Dem Spring Conference where she met up with Herefordshire LIb Dems again at our fringe reception promoting fairer funding for rural areas.