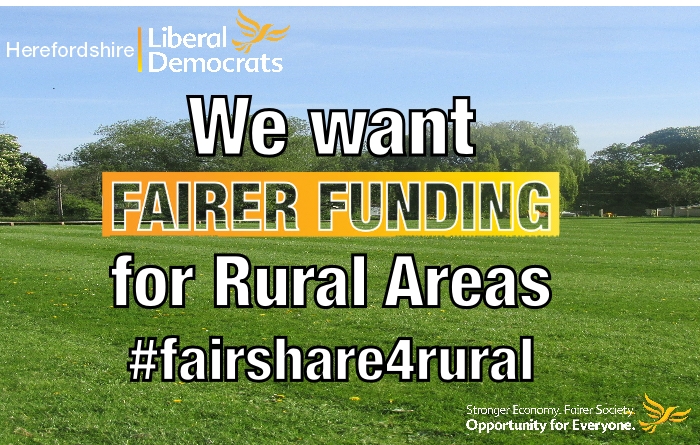 Herefordshire, like all rural counties, does not get a fair share of government grant. Lucy Hurds and Jeanie Falconer are continuing to lobby Government to correct the unfair current formula.

Compared to Councils with similar populations in urban areas, rural counties have larger areas and more infrastructure to maintain but receive a lot less money. 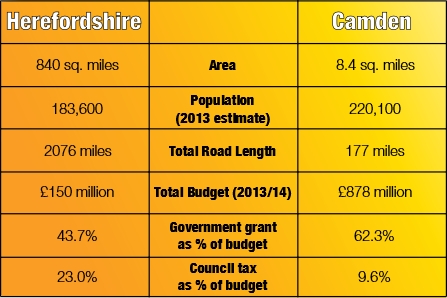 We have similar-sized populations, but Herefordshire is 100 times the size with more than 10 times the length of roads yet we get 20% less of our budget from Government grant.

Rural areas deserve a fair share of Government funding. We call on Government to include a sparsity factor into the funding formula which would ensure that rural areas are fairly funded.