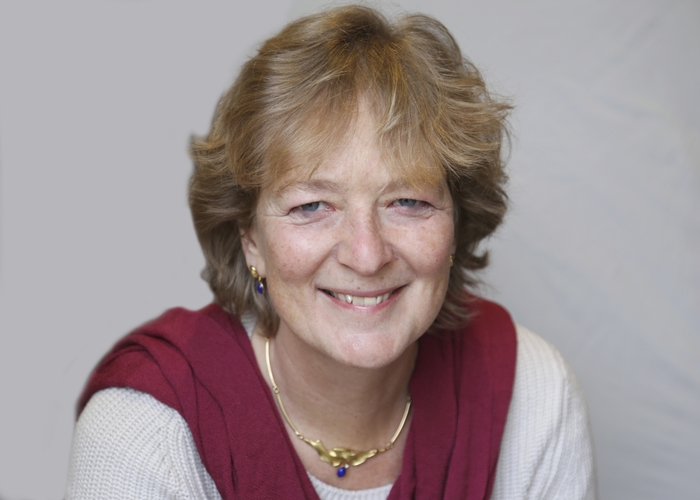 For the past couple of weeks the Hereford Times has asked Jeanie Falconer, Parliamentary Candidate for North Herefordshire, her views on Crime, Economy, Education, Health and Transport. Here are her responses. You can find out more of Jeanie views at JeanieFalconer.org

The relatively low levels of crime in Herefordshire are a tribute to all of us who live here. We remain fairly law-abiding as police officer numbers fall, our local police stations from Kington to Bromyard effectively close - opening times are, at best, part-time - and as the visible police presence across the county becomes increasingly rare.

By far the biggest area of local crime is anti-social behaviour, mostly fuelled by alcohol and drugs. Hard-hitting programmes in schools and colleges over the last few years to educate young people about the effects of both on their bodies and developing brains are beginning to show results. Teenagers are now less likely to find themselves in police hands overwhelmed by alcohol.

Forty years and untold amounts of money have slipped through our fingers trying to stop people using illegal drugs. The emphasis needs to shift to prosecuting the providers and dealing with users as a health matter, not crime. We need to find the courage to say that prohibition has not worked, and to look closely at what is happening abroad where cannabis has been decriminalised.

If we hope to reduce crime, it is a matter of resources and deployment. The Parish Watch Schemes in the rural areas, instigated by the police across North Herefordshire, have proved their worth in engaging people to look after their own communities. However, nothing replaces police officers on the ground and the effect their presence has on our communities. Less than 15% of us voted for the Police and Crime Commissioner. He may do good work, but he is expensive. If he and his responsibilities were replaced with a Police Board, made up of Councillors, the money saved could go some way to replacing the 300 police officers we have lost over the last few years.

What kind of economy and growth do we want? Economic growth comes neither from excessive faith in the markets (Conservative) nor blind faith in the State (Labour). Running a small business here myself, I think finding the right balance is essential. All around are the consequences of getting it wrong. Are we well served by a woeful rail service supplied by a failed “market” solution, or a State that cannot provide us with decent road connections?

What sort of growth? I think a step change in education and training is the best investment for our economic future - and it is within our power. The revitalisation of apprenticeships is a great start. Can we create a real centre of excellence in the proposed Herefordshire University?

Intelligent public investment is key. Locally, we lack effective local transport and decent broadband. Britain is a huge tourist destination and Herefordshire needs its share. We need to get our products to market and more people want to move here, increasing the fund of talent. Better transport and communication links are essential.

The EU is a free market most countries outside would die for. Within it, our businesses trade efficiently across Europe. Our hop growers are in demand from micro-brewers. Let’s help other local businesses reach out beyond the county.

Encouraging employment is pivotal. A living wage is an important bedrock. We should not build our economy on low wages which we then subsidise through benefits. Many Herefordshire businesses rely on seasonal labour. We should remain open and address the housing, education and health policy consequences.

Our economic destiny is largely in our own hands. We must eradicate the deficit; we owe it to our young people. Meanwhile we can help a lot individually by buying locally and, when possible, goods made in Britain.

Teachers are professionals and ideology has no place in the classroom. Too much teaching-to-test and focus on the wrong targets has damaged the idea and practice of education.

Clearly the basics including English, Maths and the sciences must be taught but education is more than the narrow, though important, focus of a job. It must include a broad understanding of the world, our culture and history, and our social and political framework.

We want young people who can play an active role in our country. Ideological battles about different types of school are far less important than excellent heads leading an inspiring staff.

A world class education cannot be done on the cheap.

Liberal Democrats will protect the schools budget from the cradle to college per pupil; it will expand as the school population expands.

We have already invested in free hours early years for 2, 3 and 4 year olds. We want to expand that to 20 free hours, also helping working families with child care. I am fascinated that the political agenda has moved from whether to have free hours to how many.

Our Pupil Premium has been extremely successful, bringing £7.3 million more into Herefordshire schools, and it has already made a significant difference to the children who need it most.

Our apprenticeship scheme has helped over 2 million youngsters start their working life, and record numbers are going to university. We want to double the number of businesses hiring apprentices, and improve their quality. To help get to school, work or apprenticeship we propose a Young Person card for 16-21 year-olds giving a two-thirds discount on the bus.

A world class education should be available to all. As a country we can afford it. It is a question of the choices we make.

All of us, over the course of our lives, have had reason to be truly thankful to NHS. We all agree we must be able to access its help on the basis of need, not ability to pay. So why the problems?

Endless re-organisations since the 1980s have not helped, particularly when ideologically driven. Our County Hospital does a good job looking after us but it was financed by Labour’s extraordinarily expensive Private Finance Initiative (PFI) scheme. Our GPs are under huge pressure, and surgeries across the county are finding it difficult to recruit. Demands are changing and increasing: we live longer; we mistreat ourselves more with alcohol, drug or excessive food; and we are better at finding new treatments.

Two questions: Money is tight, so how do we pay for it? How can we help the NHS adapt to changing demand?

The NHS has said it needs £8bn more every year by 2020. The Liberal Democrats, so far alone, have agreed to that increase and have a clear plan to fund it. We want to integrate health and social care so that people who should be at home do not have to stay in hospital. To address the crisis in mental health, we want to establish genuine parity with physical health. In Herefordshire, plans are already laid to do both.

Do I want to privatise the NHS? No, of course not. I recognise, however, a role for charitable and private organisations. The Air Ambulance and St. Michael’s Hospice, for example, receive no public funding but are very highly valued by everyone. The last government introduced private sector providers to the NHS and, on average, paid them 11% more than NHS providers. Liberal Democrats in government have made that illegal and private companies’ contracts currently account for 6% of the entire NHS budget.

Where is Herefordshire’s Core Strategy? When will the Council actually produce it? How can we have a coherent transport plan for the county without knowing where the 16,000 new houses the Strategy foresees are to be built? The process is becoming farcical. Neighbourhood planning volunteer groups across the county have worked hard with their communities over the last three years to develop coherent plans for the new housing, including thinking about schools, health and transport. They learnt a few weeks ago that the Council had miscalculated and wants more houses everywhere. Rightly, many neighbourhood groups are furious; no strategy, no plan and wasted work. Developers are moving into the vacuum with housing proposals that do not suit local needs and certainly without thought for the infrastructure.

Meanwhile, the transport infrastructure we do have is neglected. Roads everywhere are in poor shape; local bus services have been cut, and links between train and bus services are poor. Cycling down main routes is dangerous with the speed of traffic and lack of cycle lanes. Rail routes in all directions are basic, with the single track between Ledbury and Hereford a particular bottleneck.

We certainly need a fairer share of funding for the rural areas to help with maintaining our 2000+ miles of road and for re-introducing bus services particularly in the evening and weekends. I hope you will join our Campaign for Fairer Rural Funding (see our website to sign up!). Integrating bus and rail connections makes obvious sense and requires intelligent determination to make it happen. Rail, however, needs an overall strategy, a Council prepared to pursue it with the train companies, and MPs who are prepared to demand action to improve our whole rail network, especially here in Herefordshire!