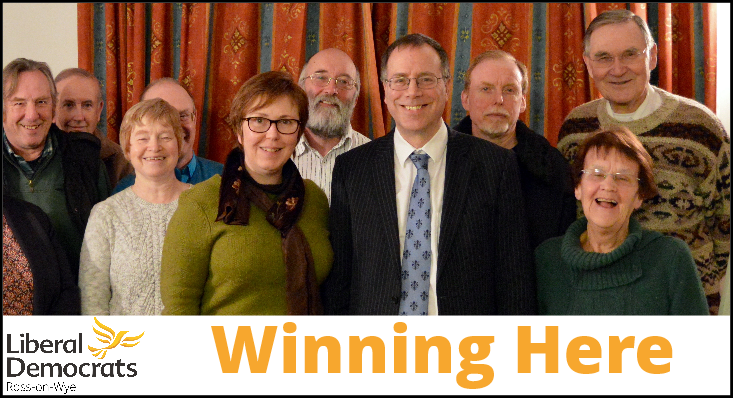 Following a hard fought campaign Julian Utting has been announced as the New Town Councillor for Ross West. Julian received 245 votes, in second place came the Conservative candidate, Simeon Cole  with 211 votes and finally the It's Our County candidate, Jordan Creed, with 185 votes.