Liberal Democrat Parliamentary candidate Lucy Hurds has launched a campaign to get owners insurance giant Aviva and Omaha Nominees to restore the burned out building in Hereford High Town. 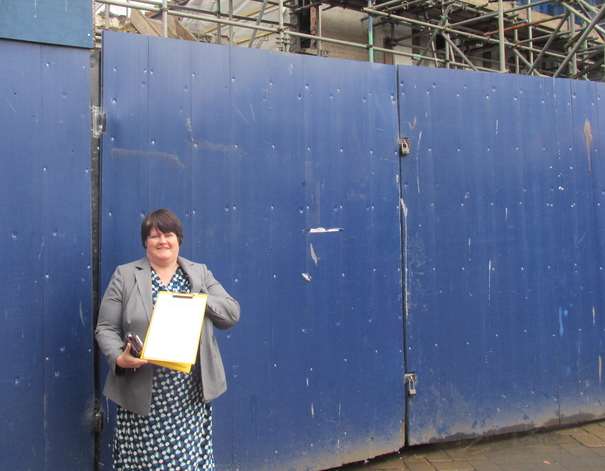 Lucy said “It is now nearly four years since the fire that destroyed the building. Since then, the site has remained an eyesore for local residents, shoppers and tourists. We approach yet another summer with no sign of anything being done. With so much effort in promoting High Town and city centre shopping, it is not acceptable for this key site to remain neglected. I am launching a public petition and open letter to the owners to get on with restoration work. Our letter asks the owners to explain the situation. Aviva are the sixth biggest insurance company in the world and yet both owners appear not to care about Hereford”

Local Lib Dem volunteers will be petitioning shoppers over the next few weeks and then presenting the petition to Aviva Insurance and Omaha Nominees.