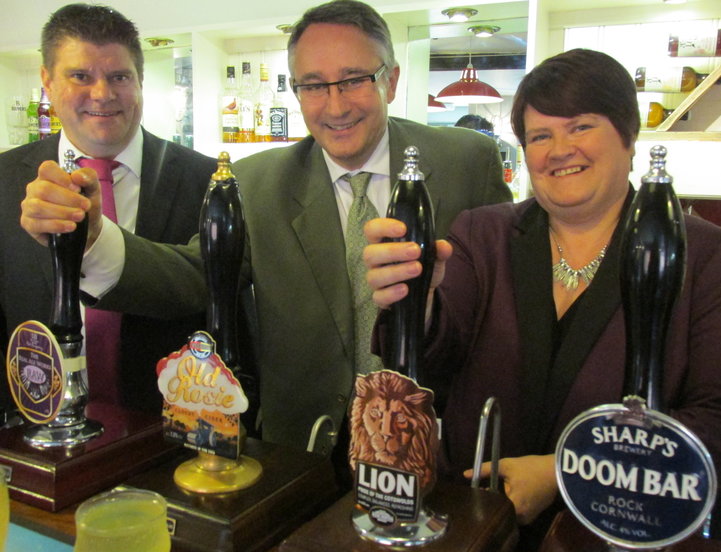 Last year, supported by CAMRA (Campaign for Real Ale), Mr Horwood MP, promoted a bill in Parliament to ease the burden on small pubs from the large pub companies. The result was a new Code of Conduct.

Mr Horwood told us, “All we want is for the 'tie' between individual pubs and the big companies to be operated fairly and for local landlords and big pub companies to play on a slightly more level playing field. A statutory Code - and in particular the new Pubs Adjudicator - will help to make this happen. It's a significant victory in the long-running campaign to save the British pub."

He has also campaigned to allow individual pubs to supply local produce directly and discussed this with Lucy Hurds and staff at the Spread Eagle.