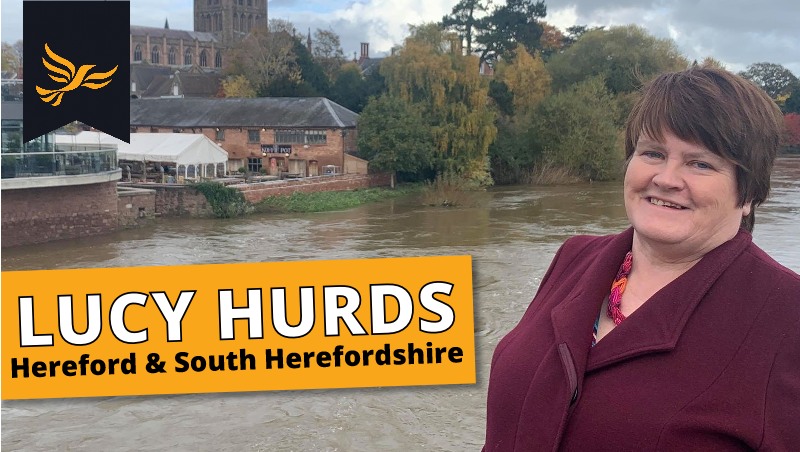 Lucy Hurds grew up in Ross-on-Wye, has been married to Jim for over 28 years and raised her family in Herefordshire. Over the years, she has seen at first-hand how services have changed and affected local families across the County. This led to her first involvement in politics when, as a concerned parent, she became aware of the lack of money for local schools and education.

For twenty years, Lucy worked as a consultant for small businesses providing them with support and financial advice. She has contributed the rural perspective to the National Lib Dem parliamentary team. In the 2010 General Election, she stood for the North Herefordshire seat and achieved the biggest swing against the Conservatives in the West Midlands, In the elections of 2015 and 2017, Lucy stood for the Hereford and South Herefordshire seat.

Lucy has been working actively with a large number of local charities and other organisations, including Veterans Support, Hereford Food Bank, Ross Childrens Projects, Herefordshire Community Environment Group and local branches of NSPCC, RSPCA and the National Autistic Society. This “hand-on” approach has given her a unique insight into the problems caused by cuts to funding. She believes that it will only be by working together that Herefordshire will be able to maintain much-needed services.

You can see my first leaflet by clicking HERE

You can see my Second leaflet by clicking HERE