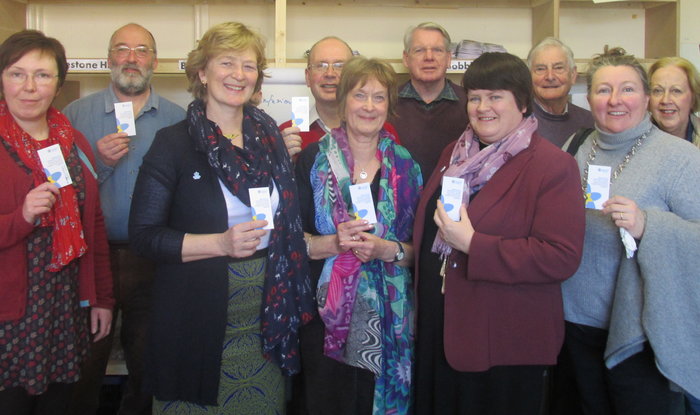 She hosted an event today for some Lib Dem candidates and Councillors and is then hosting a public meeting on Friday 20 February 2015 at 10am at Belmont Community Centre, Eastholme Avenue, Hereford HR2 7UQ. Each session lasts about an hour and gives the opportunity to become a Dementia Friend.

Dementia Friends was launched in February 2013 by Alzheimer’s Society. It is a trailblazing initiative that aims to help people understand what it might be like to live with dementia and turn that understanding into action. Alzheimer’s Society is aiming to have one million Dementia Friends by 2015, to help make England more dementia­friendly and improve the lives of the 650,000 people currently living with the condition in the country.

Lucy said: ‘I've signed up to show my support for Dementia Friends and I am delighted that all my Lib Dem colleagues have joined the campaign after today's really fascinating presentation. I am encouraging people in Hereford to do the same too. With a growing number of people living with dementia, it's more important than ever we all have a better understanding of the condition.

‘Dementia Friends is about giving people an understanding of dementia and the small things they can do that can make a difference to people living with dementia. From helping someone find the right bus to spreading the word about dementia, it can help make our localcommunity a better place to live.’