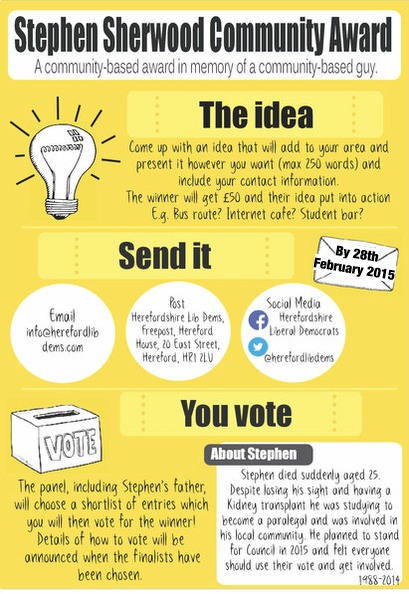 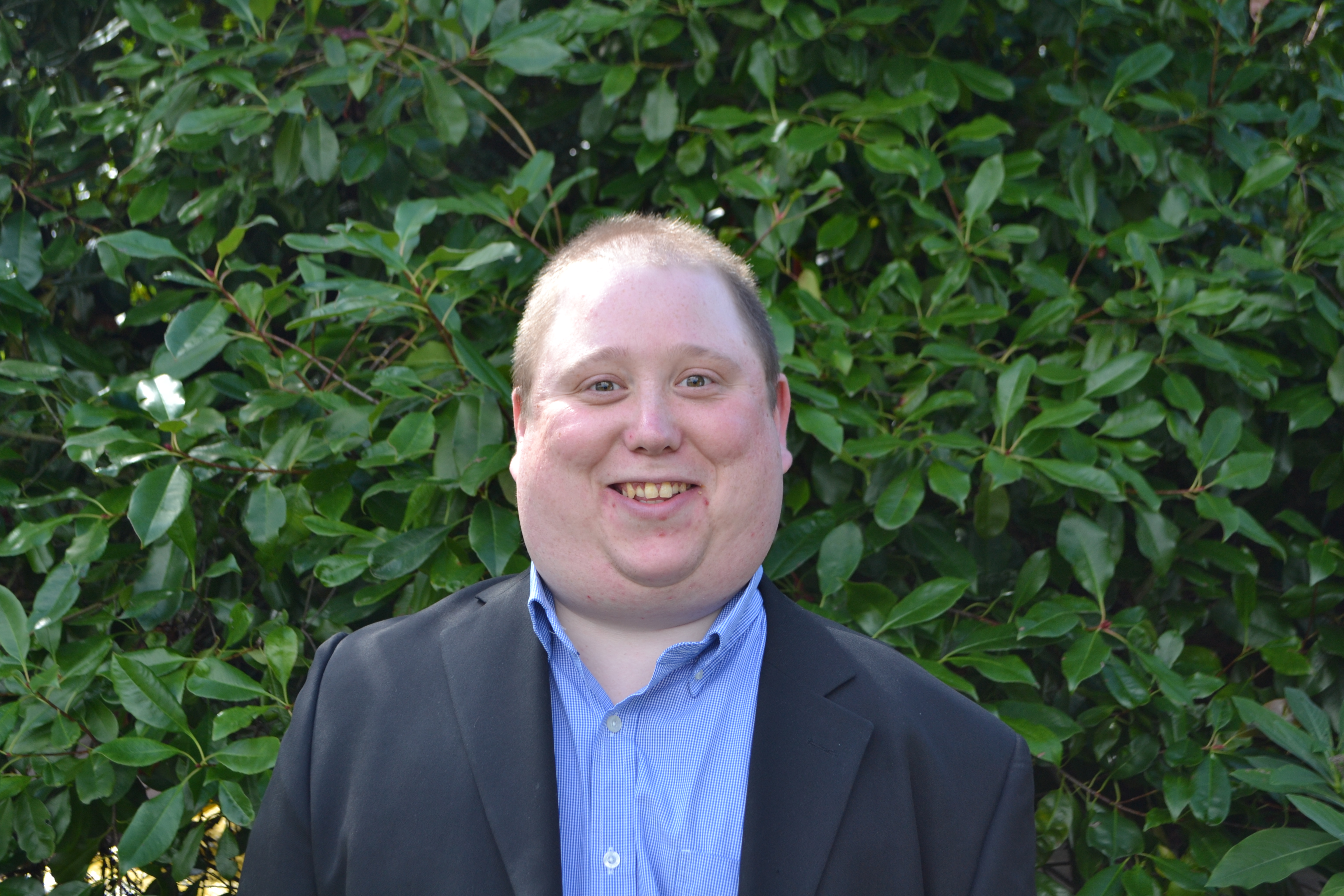 Stephen died suddenly aged 25. Despite losing his sight and having a kidney transplant he was studying to become a paralegal and was involved in his local community. He planned to stand for Council in 2015 and felt everyone should use their vote and get involved.

Following his example of youth engagement, we are asking young people 16-18 to come up with an idea that will add to their area and present it however they choose (max 250 words).

A panel, including Stephen’s father, the leader of the Herefordshire Council, an Officer of the Council and a Community representative will choose a shortlist of entries which will then be put to a student vote to decide the winner! Details of how to vote will be announced when the finalists have been chosen.